Get Started
NOW
Receive your estimate

A lot of homes used to use Exterior Shutters in place of windows back before there was Air Conditioning. “The slats were angled so that air could flow, but the rain couldn’t come in,” explains Kevin Scott, Vice President of the Florida based window treatment company, US Verticals. Exterior plantation shutters in Florida’s Key West have a history as interesting as that of the bright, white gingerbread trim girding the edges of many of their historical homes.

According to Dave Gonzalez, curator of The Ernest Hemingway Home and Museum, shutters are a Greek invention that serve “the three functions of light control, air flow and storm protection.”Gonzalez says The Hemingway home’s original builder, Asa Tift, was from Groton, Connecticut. Tift went from Groton to Tifton, Georgia, “where plantation homes were quite popular for wealthy families to build or to purchase and live in.” Tift then moved on to Key West in 1851.

The shutters currently framing the Hemingway Home’s arched, full-length windows “are always in the open position against the walls,” Gonzales explains. He emphasizes that their current function is to give the home a “decorative or aesthetic quality.”

If a category 2 hurricane is heading towards Key West, the Hemingway Home staff heads for the custom, solid plywood panel covers that are stored in the basement. They follow a diagram specifying which plywood covers correspond to which windows. The plywood covers ensure that the wood as well as the iron hinges will be protected from the storm.If, on the other hand, the storm is just a category 1, “our procedure is to close the shutters and screw them in” allowing the home’s 163 year old plantation shutters to protect the home just as they were originally designed to do.

“During the great depression in the 1930s, Key West was not just in the depression — it was one the poorest cities in the entire nation,” says Gonzales. “To be able to get food here you had to fly it, train it’ or boat it in. We had no industry in the 1930s…Our sponge industry— this disease wiped it out. Then we were making a fortune in the cigar industry— and that moved to Tampa.  All of our industries that made us rich… here we are during the great depression and FERA [what FEMA was originally called] is trying to figure out what to do with an island where 95% of the people are on “relief” or welfare.”

At the point where Key West was on the verge of being “wiped off the map” a man named Julius Stone put together a plan. Using the government issued paint provided as part of a relief effort, Stone went down the major streets —Duval, Whitehead and Simonton— and painted all the homes. As the government had only issued paint in a limited quantities of just three colors –white, blue and green— Stone only painted the fronts of the exteriors white. He used the blue for the porch ceilings and the green for the shutters. With a camera and 50 mature, but unplanted coconut trees, Stone sent the pictures out and transformed the poorest town in the nation into a high-end resort industry. The tourists followed, and so did the southern home design trends. “Porch ceiling, blue paint” Gonzales adds and kelly green shutters, still popular in Key West, were also picked up nationally.

Gonzalez explains that the reason that the green plantation shutters of the Hemingway House are a paler shade than the bright kelly green used on so many shutters in Key West is because Ernest Hemingway’s second wife, Pauline Hemingway, “was a fashion editor for Vogue Magazine in Paris, France, so Ooh la la, she could get fancy and had the money to do so.”

The actual color specs that the Hemingway Home uses when re-painting anything today are still matched to the selections Pauline used when she renovated the home after purchasing it in 1931. “If you were to look at the two tones of colors used in the window frames and the shutters and then lock those colors into your mind and turn and look at the palm trees in the gardens, it’s the same two tones of a typical palm tree,” Gonzales notes, “Pauline was the original Martha Stewart.”

After lots of call to other companies, US Verticals was the least expensive with a much better product. The Shutters…
US Verticals Service

The whole process from A to Z when I was dealing with US verticals was seamless and hassle free. I…
US Verticals Service

The techs came and took measurement and gave us a quote which is very reasonable. It was $928 plus tax.…
US Verticals Service

From the initial call and scheduling an appointment, Kevin and Dan arrived promptly, explaining the difference in their products, taking…
US Verticals Service

Very friendly and professional service. The assistance was great since we visited the store until the installation of the verticals…
US Verticals Service

The word perfect, it is not enough. The work was excellent. On time, and a perfect and fast job.
US Verticals Service

Re-did Vertical Blinds in living room and formal dining area. This time around we decided to not only change the…
US Verticals Service

As always, these folks do a great job! Thanks for keeping the quality and service topnotch.
US Verticals Service

We recently purchased a new home and saw US VERTICALS at a neighbors house. I stopped by and asked if… 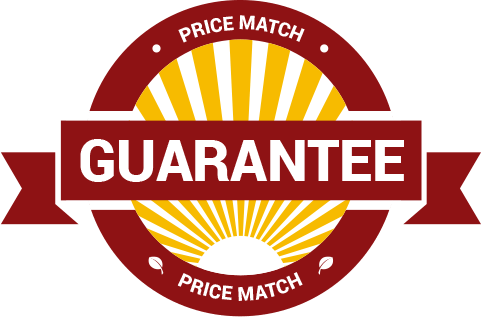